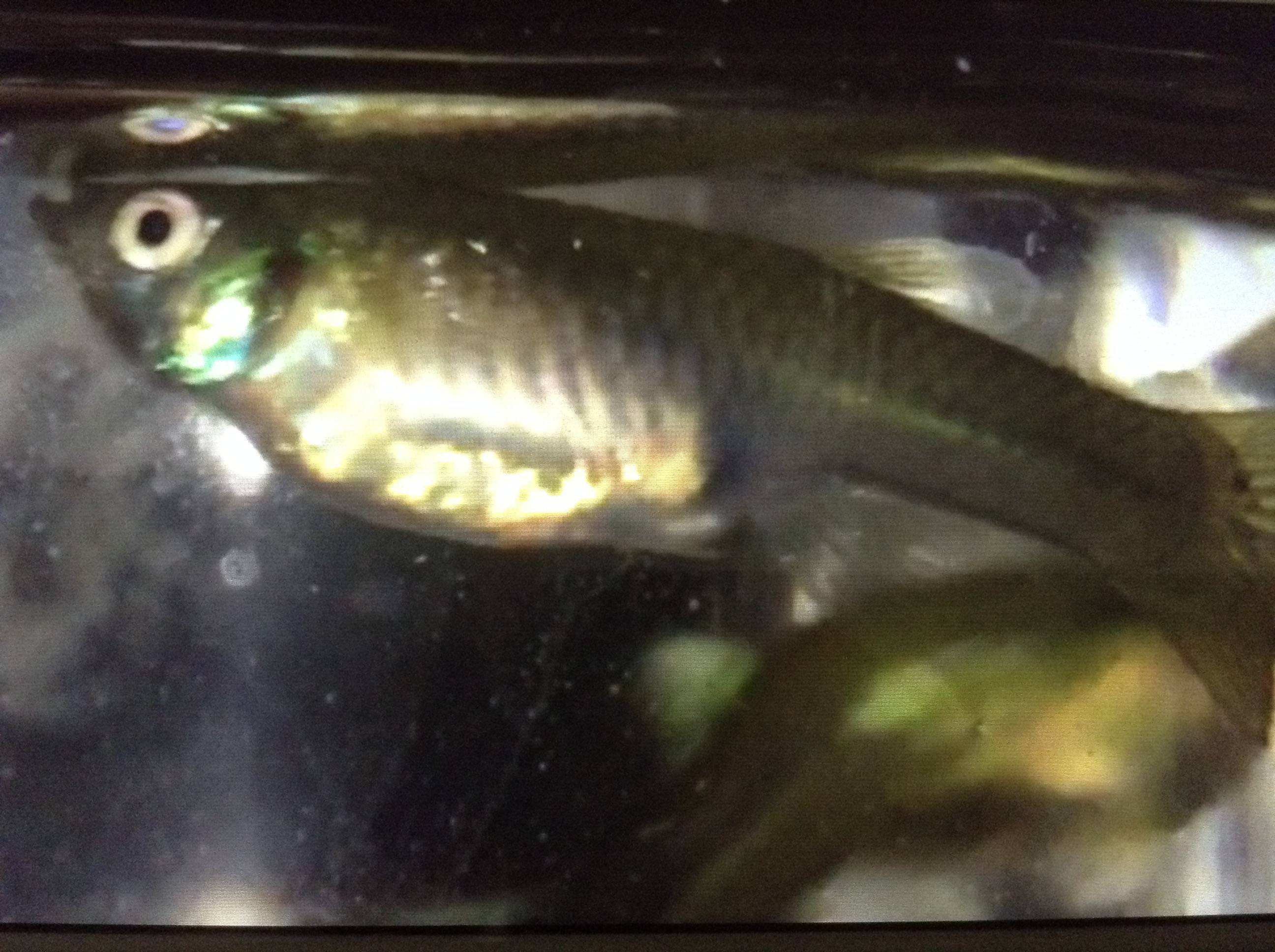 A pregnant guppy needs plenty of nutrition to grow its offspring. The fish cannot eat a large quantity at one time, due to the space it needs to conceive. To give your fish the nutrients it needs daily, feed it in small meals three to five times a day. Feed it a variety of food items, such as freeze-dried bloodworms and spirulina flakes.

Keeping a guppy fish in a separate aquarium

Keeping pregnant guppy fish in pristine condition is essential for the baby Guppies’ survival. Male guppies will constantly harass and chase after the pregnant female, exhausting her. The resulting fry will not have enough time to reach adulthood and may end up in the tank. If you want to avoid this situation, consider a breeding box. The tank will need to be maintained at a slightly higher temperature than the other fish.

During this time, you’ll notice that the gravid spot will become darker and larger. This is the sign of a pregnant female. The fish will continue to grow until the baby is born, which usually takes about 25 to 35 days after mating. However, the exact time of birth is impossible to predict. Fortunately, there are a few tips to help you achieve the desired result:

Once the mother fish is pregnant, it needs to get plenty of food to survive. The female guppies may have to eat four to five times a day due to their increased size, so you’ll need to feed them several small meals throughout the day. Make sure to feed them high-quality fish flakes so that their stomachs can’t get overloaded. Even if they don’t have any fry, they’ll have plenty of nutritious food.

Keeping a guppy in a breeding box

The first step to caring for guppy fry is to ensure that the female is isolated from the community tank. This is a critical step because the fry will be vulnerable to attack by adult fish, so it is important that you separate the fry from the mother. During the first few days after birth, the mother and the fry should be separated. If the fry are stillborn or unhealthily developed, they should be removed from the tank as soon as possible. In addition, if the fry are not healthy, you should separate the mother and fry from the community tank. This should be done for one to two days. The fry will be healthy once they have been separated, but they may be at risk of being eaten by the mother. The fry should be fed on a regular basis, which means up to five times daily.

During pregnancy, a guppie will give birth to up to 10 baby fish. The exact number of babies depends on several factors, including the mother’s health and genetics. Moreover, poor water conditions can stress the fish and cause it to abort the fry. If the conditions are not right for the guppy, she may give birth to more than one baby in a single day.

Once the mother has conceived, the gills will remain open but will be partially closed. The fish will also develop an arched back and will appear to be pushing. You can use live aquatic plants or other hiding decor to make the space more interesting for the guppy. If you are keeping a pregnant guppy, you should separate the male and female as soon as they reach the last two weeks of pregnancy. Stress can kill the baby if the female guppy stays in the breeding box longer than this.

Keeping a guppy away from babies

When you keep a pregnant guppy, you must separate it from other fish, because it will be stressed out and need isolation. This will help the guppy deliver its babies safely, and will also protect your fish from predators. You should avoid giving birth in the same tank as the guppy, and you should try to avoid moving it from one tank to another too soon. Changing the water parameters of the aquarium may also stress the guppies, which may delay the birth process. If you move the fish too quickly, you could end up with a dead fish!

Guppies cannot survive in an aquarium full of adult fish, so you should keep a female guppy away from babies. Babies will have a lower chance of survival and develop into deformed and unable to swim well. A pregnant guppy should be separated from other adult guppies, as they may also eat the babies. Besides, pregnant guppies will be vulnerable to illnesses. You should keep the tank clean regularly, especially the water.

Feeding a guppy fish during pregnancy

If you’re considering breeding a guppies, you’ll need to prepare the tank for them. Pregnant fish need special care during the pregnancy period. You can help your fish prepare by allowing them to stay in their breeding box for a short time. You should raise the temperature gradually, about two or three degrees per day, and monitor their health closely. In addition, you’ll want to reduce the stress levels in their environment, including other fish.

As a general rule, feed your guppies baby food, which is specially prepared for fish, and be sure to read the label carefully. Moreover, baby guppies have smaller digestive systems and cannot metabolize adult fish food. Be sure to choose the right food type for your guppies based on the size and type of their mouth. A female guppie can become pregnant at a young age, and can have a litter of babies every month for several years. During this period, the female fish will be dark in its gravid region, near the anus and underneath its tail. It will be in the last weeks of pregnancy before the birth of its child.

You should also increase the variety of foods you offer your guppies’ diet during the pregnancy. A female guppy will be more likely to produce babies if she eats live brine shrimp, blood worms, algae discs, and brine shrimp. The added variety will prevent deficiencies from arising, which may result in early termination of the pregnancy. It is also recommended that you give your guppies high-quality fish flakes.

Keeping a guppy away from other fish during pregnancy

Guppy fish are easy to care for and fun to keep. However, a pregnant guppy can overstock an aquarium. Its name comes from the fact that it can give birth to as many as ten million babies! To identify a pregnant guppy, look for a dark spot under its tail known as the gravid patch. This area will continue to grow and become black in color during the final stages of pregnancy. Pregnant guppy fish will be bloated and will lose color.

While other species of livebearers require precise water parameters and environmental conditions to conceive, guppies are flexible and prone to conceiving babies without direct intervention. Keeping a pregnant guppy away from other fish during pregnancy will help you avoid any unwanted surprises and keep your guppy happy for months to come. You can also prevent male guppies from harassing the female by keeping the two together in the same tank.

It is important to remember that guppies reproduce through internal fertilization. This means that, if you keep your guppy away from other fish, she will eventually become pregnant and give birth to a guppy. The female will develop her baby in this area and will grow into a boxy, large female in about a month. You can easily spot her womb in her gravid spot.

Caring For Black Molly Fish
Can Goldfish Eat Cichlid Pellets?
Will Touching A Betta Fish Kill It?
Do Betta Fish Fart?
How to Be Brave If You Are Easily Scared
Meijer Fish - A Disturbing Trend
Do Betta Fish Pee?
What does Betta Fish poop look like?
Honey Sunset Gourami
Betta Fish Vs Guppies
Betta Fish Vs Siamese Fighting Fish
Angelfish and Betta Fish Make a Great Community Aquarium
What You Should Know Before Buying a Rainbow Shark
How to Care For Green Cabomba
Female Betta Fish
Betta Fish and Goldfish Aquariums
Ramshorn Snail Eggs
Do Betta Fish Like Warm Water?
Biological Characteristics of a Betta Fish Or Fighting Fish
Habitats and Species of Botia