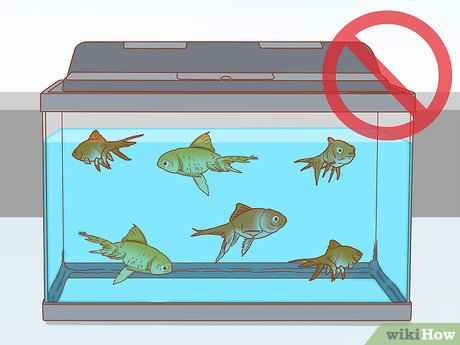 The onset of fish tail rot can be difficult to detect. This article will discuss its symptoms, treatments, and prevention. If you suspect your fish may have this condition, the black color on its fin means it’s healing. Here are the causes of fish tail rot. Ammonia is a common byproduct of fish respiration and is also found in uneaten food and decaying plant matter. In a fish tank, ammonia levels should be kept at a reasonable level.

While there are no known cures for fish tail rot, you can do some simple home remedies that will help your beloved fish recover. To start, make sure the temperature of the tank is between 24-26 degrees Celsius. If the fish is in a community tank, you may need to move the other inhabitants to another aquarium. To prevent fin rot, maintain good water quality, provide fresh food in small amounts, and keep the tank clean.

A simple vinegar treatment will work if the infection is mild. However, it is important to monitor the fish’s condition over the next week. Check the temperature and pH levels of the water, as well as ammonia, nitrites, and nitrates. If you do not see any improvement in your fish’s condition within a week, you should move on to a more effective treatment.

Besides applying aquarium salt, you should also try Melafix and API Stress Coat to reduce the incidence of fin rot. You can also try a vet-prescribed antibiotic if your fish is experiencing fin rot. In addition to these, make sure to remove the active carbon from the filter. As the fish recovers, the damaged fins may re-grow. Once the fish recovers, it is important to monitor them and check for any signs of fin rot.

While fin rot is most commonly associated with long, flowing fins, it can affect any species of fish. Symptoms of the disease vary, but they are similar for long and short-finned species. The affected fins will appear ragged, discolored, and inflamed. If not treated soon, the infection can spread throughout the body of the fish. In severe cases, the disease will eventually eat away the fins, shortening the tail significantly.

To avoid the spread of fin rot, you can use several home remedies. These include phenoxyethanol, antibiotics, and water changes. The water should have consistent pH levels to keep the fish healthy. Using an aquarium filter will also help to keep the water clean. Finally, you can use antibiotics if you see jagged rooting or red streaks on the fins. However, it is important to remember that treatments for fish tail rot cannot completely eliminate the bacteria that cause the disease.

Preventing fish tail rot is not difficult, as long as you follow some basic guidelines. The symptoms of fin rot are slow and gradually get worse as time passes. Treatment will reduce the symptoms and overall effect of this disease on your fish. Listed below are a few simple tips for prevention. Read on to learn how to save your fish’s tail from rot. Keeping water temperatures in the mid-60s is an important goal for all aquarium owners, but if it is too cold, it can result in fin rot.

To prevent fin rot, you should regularly change the water in your aquarium. You can purchase home water testing kits to check the pH level and the nitrate, nitrite, and chlorine levels. Petbarn also offers free water testing. If your fish exhibit symptoms of fin rot, you should immediately remove them to a quarantine tank to avoid spreading the disease or nipping other fish in the same tank.

While antibiotics can help with the rot, they may not completely heal your fish. It could take months to fully recover. Using antibacterial medication is a good start, but the bacteria must be removed from the fish’s body before it can cause any more damage. If you notice no improvement in your fish’s condition after two weeks, you should contact a veterinarian. A more aggressive treatment may be needed. In either case, prevention is always better than cure.

To prevent fin rot in your fish, you should feed them small portions of high-quality food every day. Ensure your fish finish their food. Leaving unfinished food can result in bacteria buildup in the tank and contribute to the formation of the rot in your fish’s fins. Moreover, you should observe your fish’s behavior, especially the fins, body, and tail. Make sure they don’t have any other symptoms. They should also have an increased appetite and energy, and their fins should begin to regrow.

Early warning signs of fin rot include white edging around the tail fin. If left untreated, the white edging may blend in with the fish’s natural color, but it will get thicker and dingier with time. Once the disease is advanced, the affected area will resemble a sinister cloak. Fins will eventually fall apart and large chunks of flesh will slough off, dramatically shortening the fish’s tail.

See also  How Often Should I Feed My Fish?

In addition to affecting the body of your fish, fin rot can also affect its fins, causing discoloration and fraying. Small chunks of fins will die and the skin will become red and inflamed. Once the infection has spread to the body of the fish, it’s difficult to save. As such, it’s important to know the symptoms of fish tail rot so that you can take immediate action to treat your fish.

The most common cause of fin and tail rot is poor water quality, but other factors can also lead to the problem. Overfeeding or feeding expired flakes are common causes, as can aggressive behavior from other fish. If you suspect a fish is suffering from this disease, try to raise the temperature of its tank slowly to the mid-60s. Taking care of your goldfish can help to prevent tail and fin rot, so be sure to keep it in a sickbay. You can also trim the affected part of the tail with a sharp pair of scissors.

If you think your fish may have fin rot, don’t panic. This infection will usually heal itself within a few weeks, though it can take several months for the condition to disappear completely. In the meantime, you can keep your fish healthy by monitoring water parameters and doing 25% partial water changes every week. Once it has recovered, your fish will likely have new fin growth. If you’re worried, you can always move your fish to another aquarium or give them new housing until it completely heals.

If your fish’s tail and fins are distorted, they may have a fin rot infection. Fin rot may develop within 24 hours and may cause a white or fuzzy appearance. You should try to remove stressors in your fish’s environment as much as possible, as these could be the culprit. If you’re unsure, try changing the water temperature to between 24-26 degrees Celsius and monitor your fish closely. In some cases, damaged fins will grow back within a few weeks.

If you’ve noticed that your fish’s fins have turned brown, the first step to recovery is to treat the rot. The infection will gradually destroy the fin and may even reach the fish’s body. In this case, your fish’s chances of survival are slim to none, and treatment must be done immediately. Here are some common causes and treatments for fish tail rot. Read on to learn how to treat it.

Fin rot is a bacterial infection that is caused by decayed materials in the water. These materials harbor harmful bacteria, including Aeromonas, Pseudomonas, and Vibrio. Another cause of fish tail rot is stress, which can worsen an already compromised water condition. If your fish is stressed, this condition can worsen, causing your fish to die or become infected with the disease.

The most obvious physical symptom of fin rot is an uneven white fuzzy line extending from the edge of the fin. The affected area will also appear milky, inflamed, or blood streaked. The fins will also begin to fray, and pieces of tail and fin will begin to fall off. Once the condition is advanced, the fin will become inflamed, shortening the tail dramatically.

If you suspect that your fish is suffering from fin rot, it’s time to take action. A healthy tank will reduce your fish’s chances of getting it. Try adjusting the water temperature to 24 to 26 degrees C and feeding your fish fresh foods in small portions. Make sure that the tank is free of any stressors. You can also use Aquarisol to treat your fish. Aquarisol is effective for preventing fin rot.

Treatment for fin rot is relatively easy. Over-the-counter medications are available. They can cure the condition but do not remove the bacteria responsible for the disease. To prevent the spread of this disease, remove the infected fish. By doing this, you can reduce the amount of bacteria in the water and allow it to be treated. So, what causes fish tail rot? Read on to discover more about this disease.