Can Betta Fish Live with Goldfish? 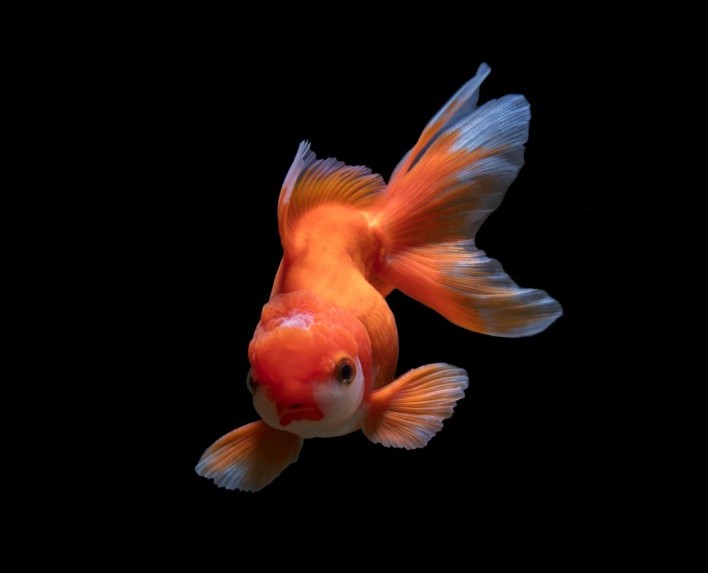 The betta fish is from shallow, warm waters in Vietnam, Malaysia, Thailand, and Cambodia and it needs a water temperature of about 78-80 F

The goldfish is from East Asia and it needs cooler water, of about 74 F

The Goldfish requires big tanks, partly because it never stops growing throughout its life. The betta fish lives in shallow waters and living in such a big tank would be very tiring for it.

The goldfish has a slow digestive system and generates a lot of waste in the fish tank. 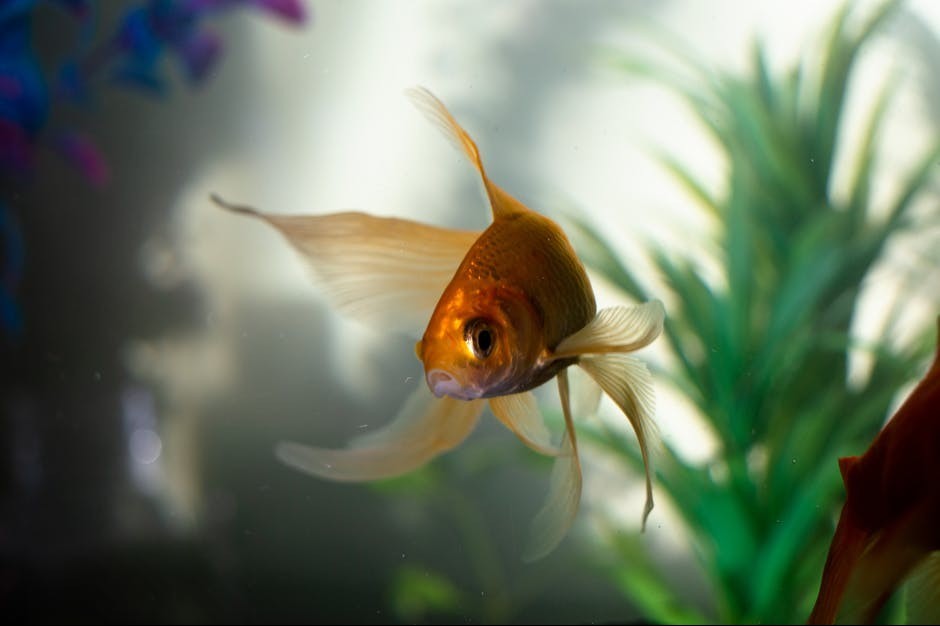 Some types of fish tend to bite and tear the fins of other fish (they are called fin nippers). Since betta fish have very long and delicate fins, they cannot be kept in the same fish tank where fin nippers live. Goldfish are popularly known to bite the fins of other fish. If you keep both types of fish together you will start seeing chunks of the betta fish’s fins missing.

Betta fish are carnivores and they like eating meat that is rich in protein. Goldfish are omnivores like eating insects and plants. The type of food betta fish eat is bad for goldfish. Goldfish have a slow digestive system, so eating the food for the betta fish can cause intestinal gas, swim bladder disorder, and kidney disease in the goldfish. 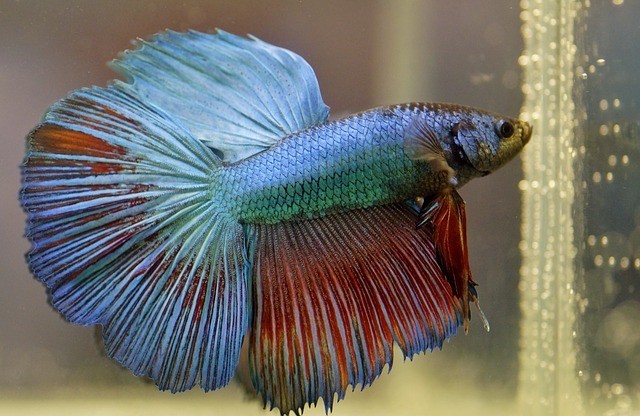 If you put two male betta fish together they will fight until one of them dies. Female betta fish are more peaceful and can interact more with other fish. however, most people prefer to buy males because of their bright colors and longer fins.

It is important to know which fish cause problems in a fish tank with a betta fish and which ones present no problems.

You should avoid putting the following fish together with betta fish: angelfish, red tail shark, goldfish, dwarf gourami, larger fish than the betta, and to fish with similar fins.

If you introduce your betta fish to a community, first clean the fish tank and be sure that all the fish are healthy and free from parasites.

Keep the water temperature at 79 F Watch the interactions of the betta to fish with the rest of the fish and provide it with plenty of hiding spots so he can flee if he gets stressed. 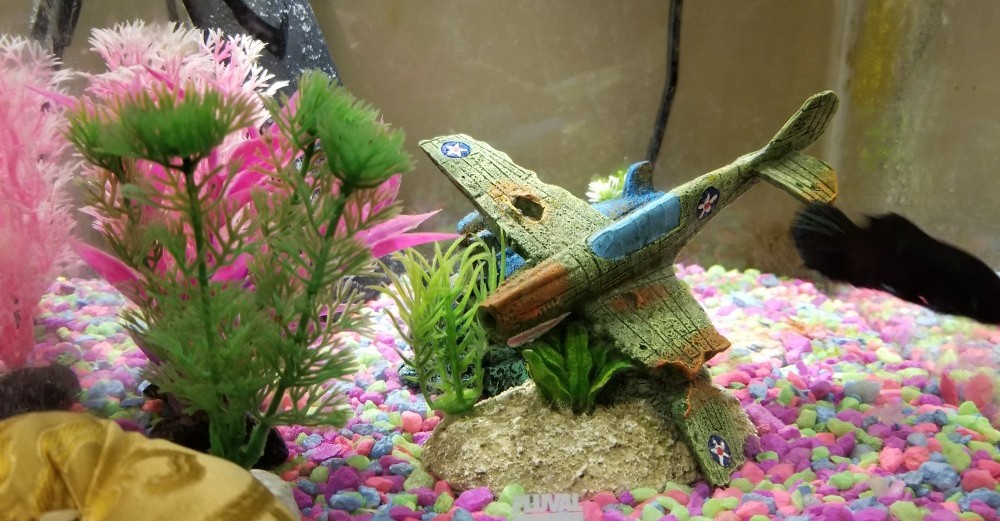 If he hides constantly, removes him from the fish tank. Bettas are sedentary and prefer to be alone in their own fish tank.

In order to recognize how healthy your betta fish is, you can search for the following signs.

The signs of a cheerful and healthy betta fish are bright colors, open fins, always ready to eat, active and smooth swimming. The signs of a stressed or sick betta fish are dull colors, closed fins, the appearance of horizontal stress stripes, poor appetite, inactivity, hiding, and sudden fast swimming.

Betta fish are intelligent and need variation and enrichment of their tanks in order not to get bored. Aquatic plants can help in providing variation and hiding places. However, avoid plants and objects with ragged edges because the betta fish could damage his fins. 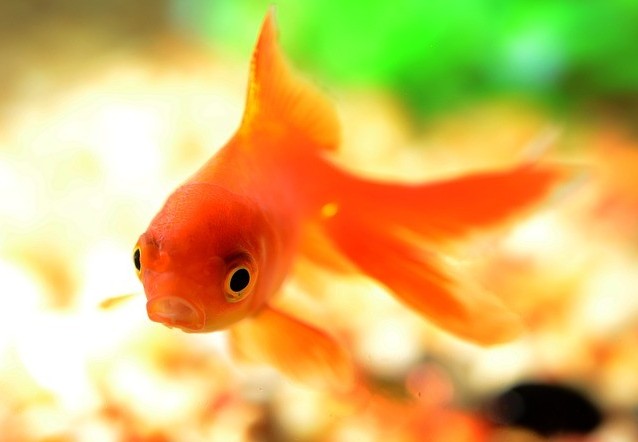 Goldfish live in freshwater. They can share the same tank with other goldfish and get along well with them. They only fight if they get competitive for something they want, like food (so don’t underfeed them). They are not considered aggressive fish, but they are predators and sometimes eat smaller fish.

If you want to put other species of fish together with goldfish, choose to fish with similar temperaments and tank conditions as goldfish, like loaches and freshwater snails (which help clean the tank). 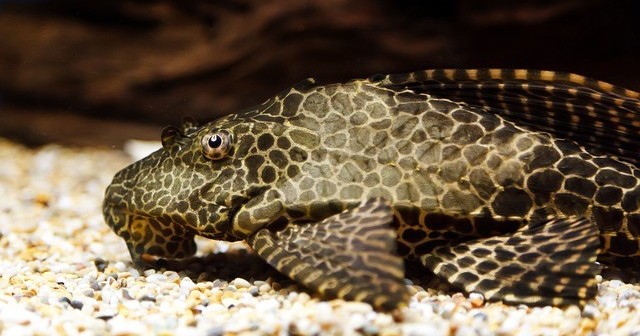 However, avoid small fish that could become goldfish’s prey. Goldfish are fin nippers, so don’t put them together with fish which they can bite and tear their fins. Also avoid cichlids, small freshwater sharks, and any aggressive type of fish.

Since goldfish develop a layer of algae in their bodies, you should avoid putting algae-eating fish (like plecos) in the same tank because they can cause injuries in the goldfish that can, later on, get infected. Avoid neon because goldfish can eat them.

The signs of a healthy goldfish are shiny color, constant swimming, customary eating, and constant wastes.

The signs of an unhealthy goldfish are dull colors, lack of appetite, and constantly reaching the surface for oxygen (because the water is too dirty).

See also  10 Reasons Why Does My Axolotl Swim to the Surface?

Continue Reading
link to How Many Angelfish in a 40 Gallon Tank?