Can betta fish live with guppies?

Guppies and betta fish are two of the most popular species we keep in the aquarium.

People usually wonder about the ability of those two different creatures to live peacefully together.

It is true that the nature of a betta fish is a lot different from that of a guppy and that makes the whole attempt quite risky and difficult.

Betta fish are actually semi-aggressive creatures that are accustomed to hunting down other species of fish.

On the other hand, guppies are usually peaceful and quite creatures that can easily become targeted by more violent fish. For this reason, if possible, it is preferable to keep those two different fish species apart.

However, if you need to have them both in the same aquarium, you should definitely take some factors into consideration beforehand.

The answer to the question: can betta fish live with guppies?

Depends a lot on the breed of betta fish we are talking about.

Some breeds are really provocative and aggressive while others are more peaceful.

Delta betta fish, as well as halfmoon betta fish are two breeds that are good choices if you wish to put them together with other species, like guppies. 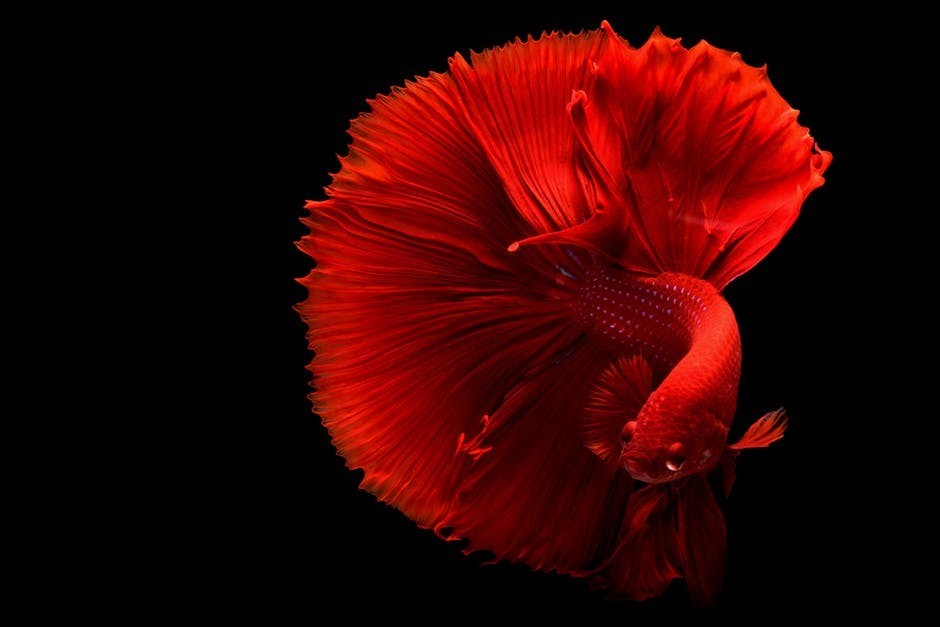 Fish owners have recorded that those two breeds can coexist more peacefully with guppies, compared to other betta fish breeds.

Another thing you should care about is to limit the number of betta fish that live in the aquarium.

In order to prevent them from hunting down guppies, their population needs to be controlled.

Ideally, you could put one to two betta fish in the aquarium. Besides, betta fish tend to fight against each other, as well. You should also, have in mind that male betta fish are usually more aggressive compared to female ones.

Putting one betta fish with multiple guppies in the same aquarium can really make the whole living process successful.

The hunting nature of betta fish will result in them trying to nibble on the fins of your guppies. This can lead to serious health problems, particularly if the fins of the guppies become damaged.

If you keep a lot of guppies in the aquarium and only one to two betta fish, you will probably not find yourself having to cope with the frustrating situation of watching your guppies become injured.

It is also, important to add a variety of live plants in the aquarium. That will provide the necessary natural environment both species need and it will give something to your betta fish to focus their attention on, leaving the guppies alone.

It is true, that keeping a combination of different fish species in an aquarium can be a complicated process.

Each species has its own unique nature and needs its own attention and care.

When it comes to the coexistence of betta fish and guppies, owners should be really careful and watch for any sign of misbehavior on the part of betta fish.

It would be really sad if you woke up one morning and discovered that your lovely guppies have been severely injured by a betta fish.